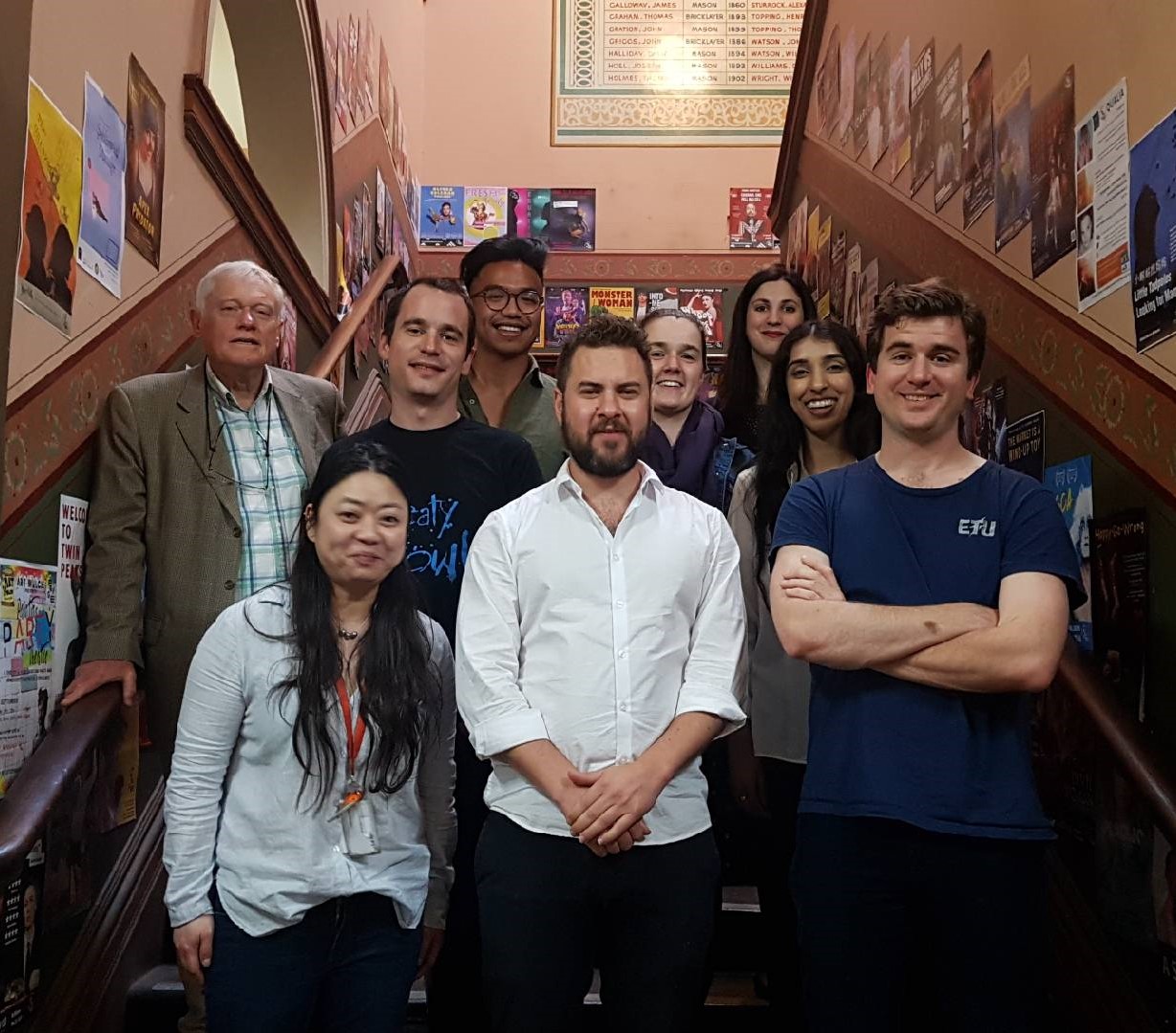 Current members of the Young Workers Centre Committee of Management are:

Jake Wishart is a former campaigner at GetUp and organiser for the Media, Entertainment & Arts Alliance (MEAA). His background is in community organising, campaigning and media having worked for the United Firefighters Union, 350.org, Adam Bandt MP, Essential Media Communications & Radio Adelaide.

Simon worked many dodgy jobs before becoming a teacher of secondary English and Legal Studies. While teaching he became active in the Independent Education Union, where he has been working in roles since, including Organiser and Media & Communications Officer. He has been the IEU’s national delegate on the Australian Council of Trade Unions Youth Committee and a Young Sustainable Development Goals Advocate with Education International.

Simon is very proud to be a founding member of the Young Workers Centre Committee of Management.

Carina is the Assistant Secretary of Victorian Trades Hall Council.

Jessica is an employment lawyer in Maurice Blackburn’s Melbourne office. She holds a Bachelor of Arts and a Juris Doctor, and was admitted to practice in 2014. Before joining the firm, Jessica gained experience working in an employment and commercial litigation team for a top tier commercial firm, as well as a union. She was also a Student Research Fellow at the Centre of Employment and Labour Relations Law at the University of Melbourne.

Sherry Huang is an organiser at the National Union of Workers and a researcher for ABC Four Corners. She arrived in Australia on a working holiday visa in 2010 in order to research the working conditions of temporary migrants to Australia, and in January 2013 started her PhD at RMIT University. Sherry founded T-WHY, a digital information service for young Taiwanese people working in Australia, in 2014.

Peter retired after 29 years as a judge of the Federal Court of Australia in 2013. Previously, he practised as a barrister in Melbourne, covering a wide variety of areas, with a specialisation in industrial law. He has a Bachelor of Laws with First Class Honours from the University of Melbourne and a Bachelor of Civil Law from Oxford University. While a judge, Peter also served as a judge of the Industrial Relations Court of Australia, a Presidential Member of the Administrative Appeals Tribunal, Aboriginal Land Commissioner, and a Deputy President of the National Native Title Tribunal.

Samuel is the Media & Campaigns Officer at the Refugee Council of Australia - a peak body for refugee organisations in Australia. Previously he has worked as a community organiser around refugee issues with Jesuit Social Services and with the Fossil Free Universities campaign.

Daniel is the Executive Officer of Tarwirri, a membership body for Indigenous law students and lawyers, working towards contributing to the awareness of legal and policy issues affecting Aboriginal and Torres Strait Islander communities in Victoria. He is passionate about working to contribute to movements to ensure a just and fair society.

Yasser is a barrister with 6 years of litigation experience and immediately prior to going to the bar had a busy practice in the Industrial and Employment Law department at Slater & Gordon.

Annabel is a recent arts/law graduate who currently works for the Parliament of Victoria as an Electorate Officer. She has previously worked as a legal advocate at the Young Workers Centre. Annabel is a proud member of the CPSU and is passionate about helping young people fighting for the rights at work.

Bree is currently the Advocate at the Youth Disability Advocacy Service. She is passionate about supporting the rights of young disabled workers. Bree was in the first cohort of law students to volunteer for the Young Workers Centre and is excited and honoured to be part of its Committee of Management.