Have you ever used Wikipedia to quickly find answers to those niggling questions or to settle a debate? Most of us have, in fact it’s the seventh most popular website worldwide. But have you ever contributed to Wikipedia as an editor?  The chances are that if you’re a woman or girl, you’re much less likely to say yes than your male friends: for every one female editor on English Wikipedia, there are over 5 male editors.

Why does it matter who edits Wikipedia?

Take one of Australia’s icons in the struggle for equal pay, Zelda D’Aprano.  In 1969, when women received about 75% of a man's salary for the same job, she famously chained herself to the doors of the Commonwealth Court of Arbitration in Melbourne's Spring Street to draw public attention to the cause. In celebration of International Womens Day this week and in the ongoing fight for gender pay equity, Zelda’s call for more militant action was front page news.  When the paper went to print this week, there was no Wikipedia article for Zelda.

As part of the Women’s Rights at Work (WRAW) Festival this week, the Young Workers Centre and Northcote High School decided to tackle this problem together with the first Herstory Hackathon. Students were guided by young women from the Young Workers Centre to create or update Wikipedia articles about Australian women who have made contributions to our society through their work or activism. Thanks to the students of Northcote, Zelda D’Aprano now has her own Wikipedia page recognising her achievements.

Thanks Zelda, and thanks to the students from Northcote High School for making sure her story is told. 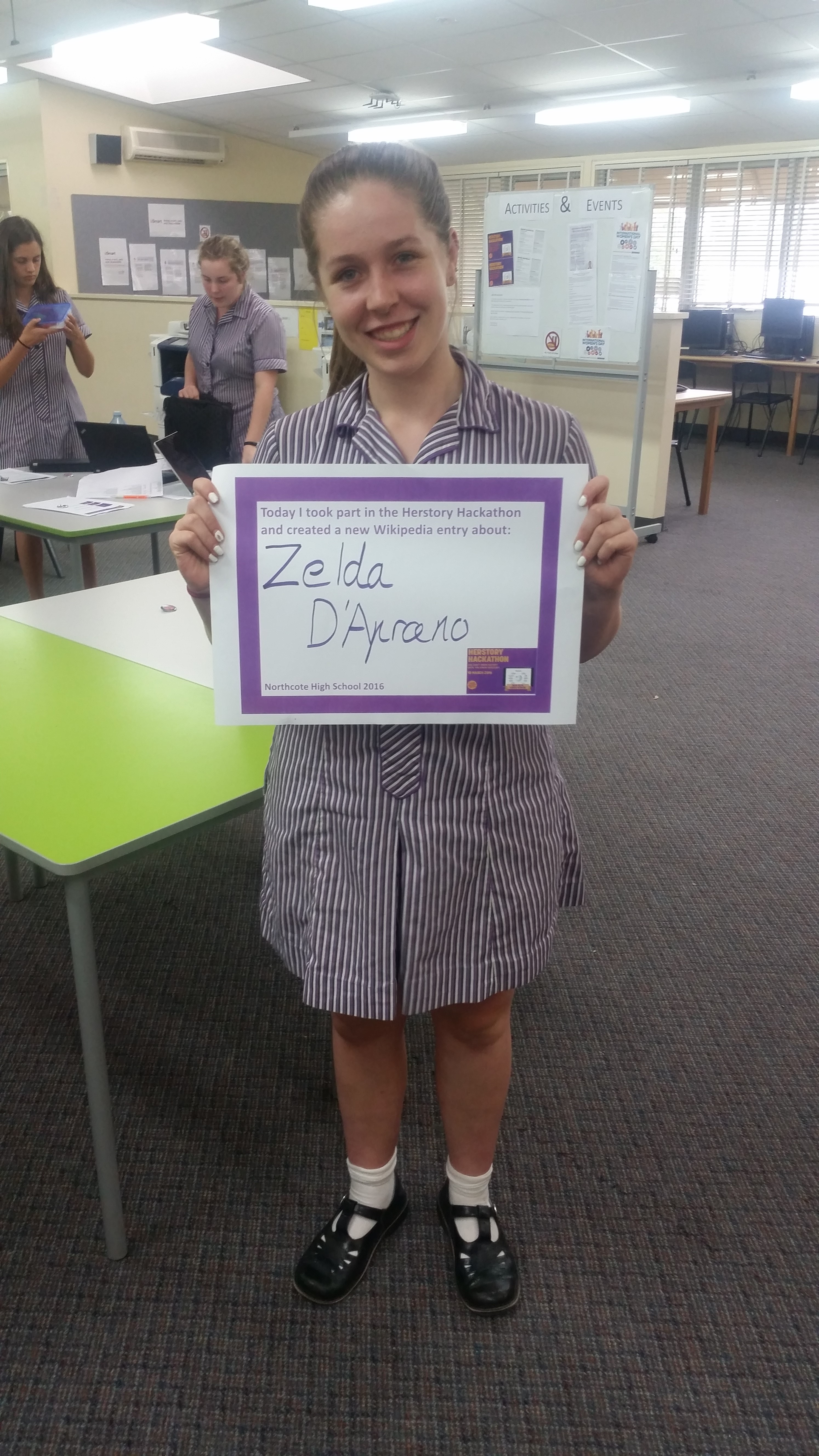 So what can you do about it?

Get together with your friends and talk about the women who have inspired you.  Do they have articles on Wikipedia? If not - make one today!

If there is an article, ask yourself - does it focus on her achievements? Is there anything missing?  You can make sure these fabulous women are recognised in the way they deserve by adding new information or rewriting articles that seem to be missing the point.