Despite the company's vision of "female positivity," Tori, Chanelle and other workers told us of sexual harassment from customers, with little to no response from management when reported, bullying from management as well as hours of unpaid overtime and the expectation that they'd work in this environment alone.

They visited WorkSafe in 2016, handing over piles of documents related to these health and safety breaches occurring in store. WorkSafe investigated, conducting 14 visits to Honey Birdette stores in Victoria and issuing 14 Improvement Notices.

Issues found included:
🐝No safe manual handling training
🐝No training or strategies for handling difficult or threatening customers
🐝Blind spots in stores, where workers could be cornered by customers
🐝No amenities, such as clean drinking water, provided for workers
🐝Failure to provide a safe workplace
🐝Playing music so loudly that staff in store could not be head if they needed to call for help.

Some stores now provide bottled water for workers, and policies relating to safe manual handling procedures have been introduced.

However – despite repeated requests from workers and from Worksafe, we can’t find any evidence to show that Honey Birdette has installed panic buttons or duress alarms in their stores. For a business where hundreds of former workers have spoken out about the abuse they suffered at the hands of customers, and where Worksafe found that over 60% of shifts are completed by a solo worker, this isn’t good enough.

We must keep fighting for health and safety at work. 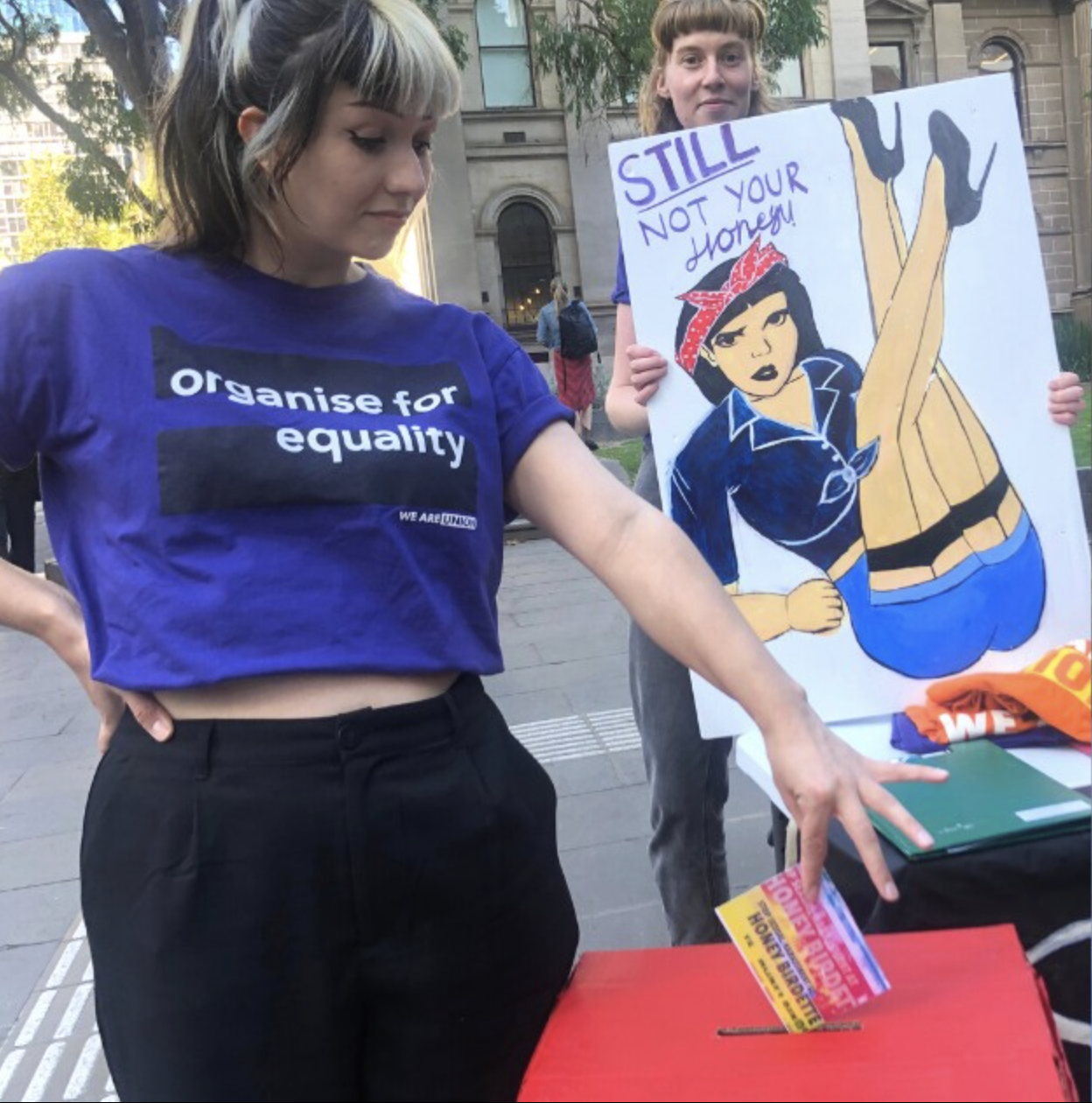