A group of young workers at Young Engineers Melbourne South were opted into the JobKeeper scheme by building power as a collective and reaching out to us at the Young Workers Centre.

Initially their boss wanted them to sign a dodgy contract about receiving partial JobKeeper at a later date, but by standing together they were opted fairly into the scheme. 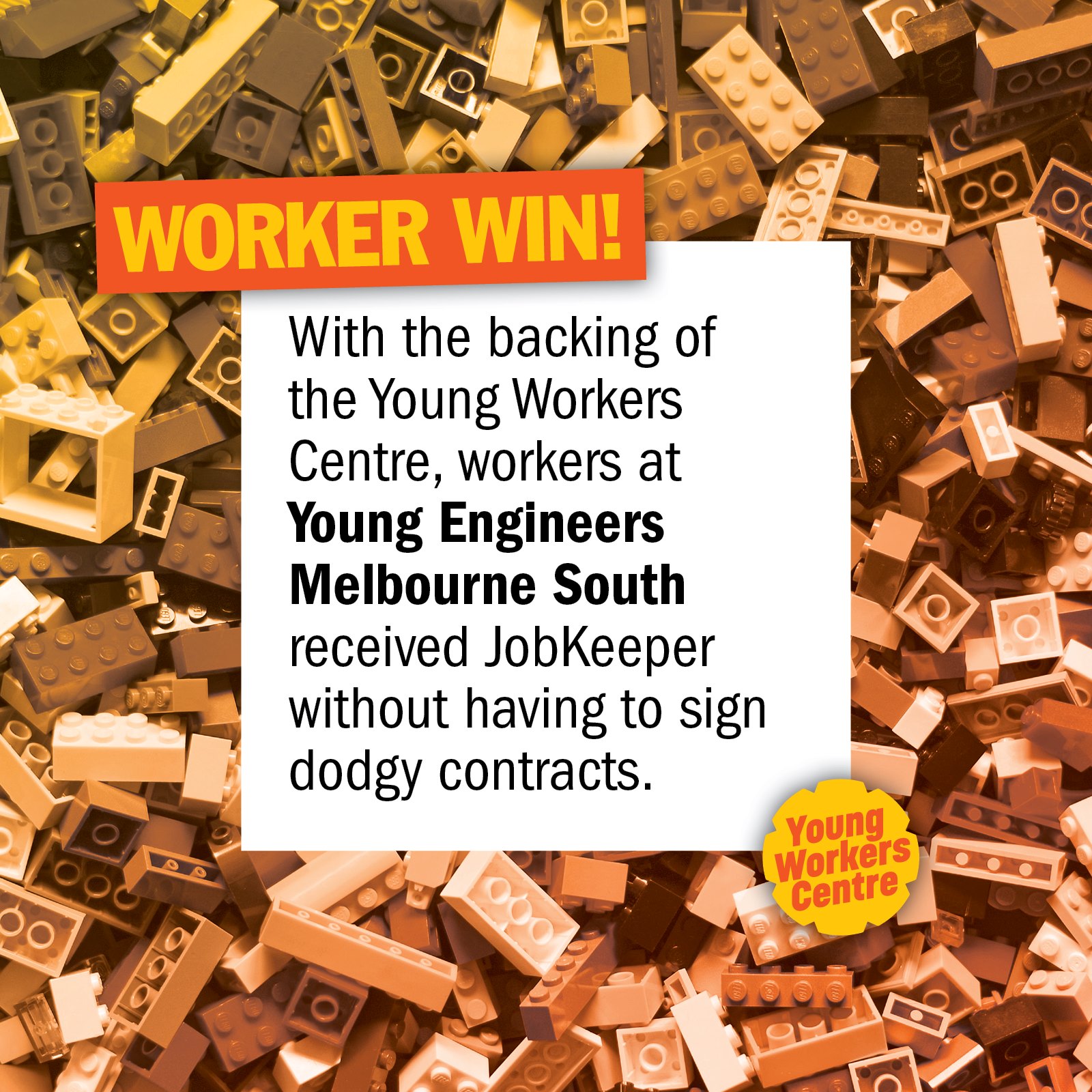