How to spot a zombie agreement

What is a “Workchoices-era collective agreement”?

A Workchoices-era collective agreement is the extremely boring title given to a series of agreements struck under the old Workchoices legislation.

Workchoices wasn’t around for long, but it made a big splash. The dodgy laws handed massive power to employers (for which the Howard government was spectacularly booted from office) and thousands of employers took full advantage of the short-term license to screw their workers.

Workchoices-era agreements weren’t subject to the “No Disadvantage” test. That is, agreements struck under Workchoices could leave employees worse off than they would be on the minimum “Award” standard.

These kinds of Agreements were used to take away rights which are extremely valuable to young workers, such as penalty rates and overtime rates. They were also used in some cases to reduce hourly rates to below what was listed in the General Retail Industry, Fast Food or Hospitality Awards. 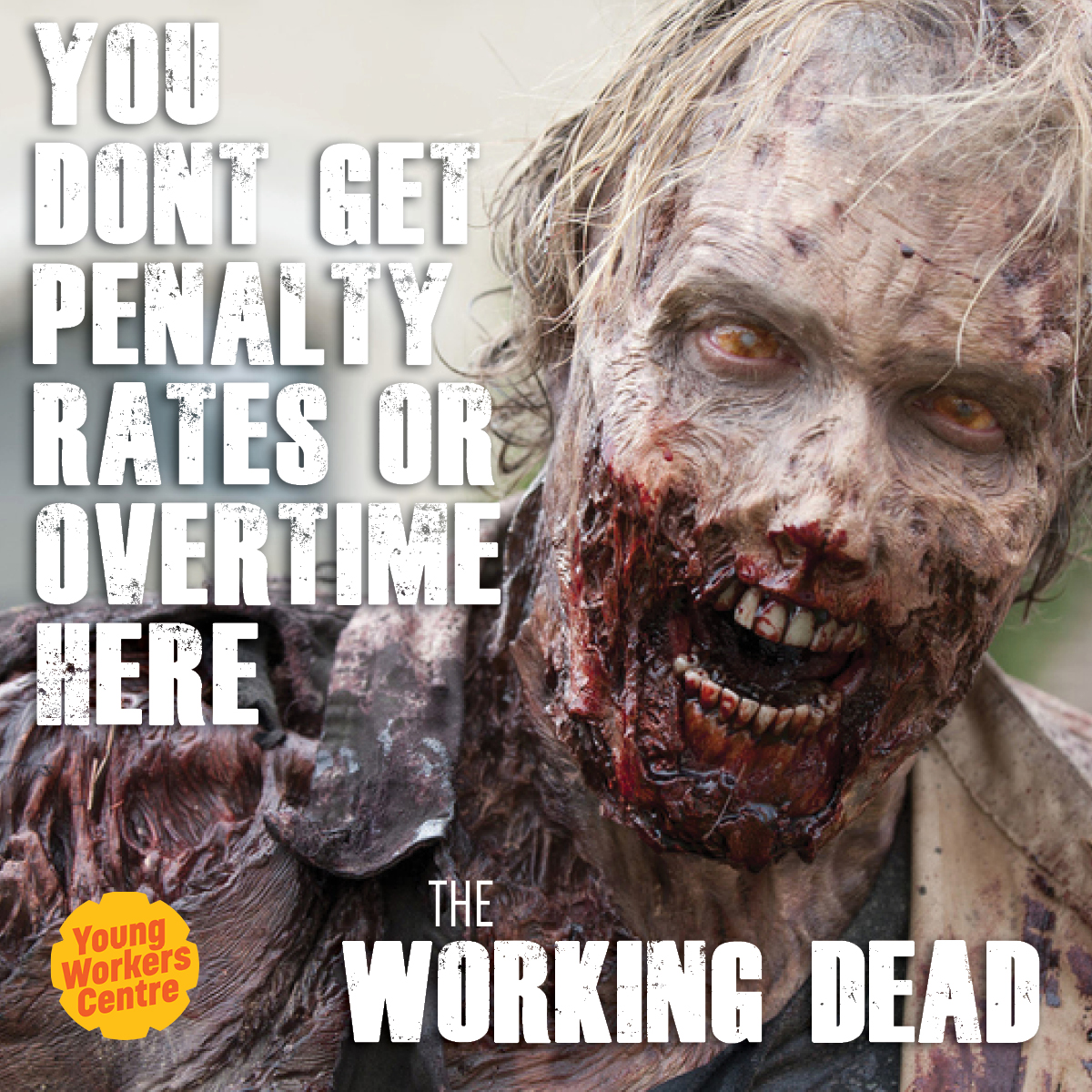 Due to a massive campaign by union members, the Workchoices legislation was killed off. In fact, in Tony Abbott’s words, the legislation was “dead, buried, and cremated”. But as we’ve seen at Grill’d and the Pancake Parlour, they’re still lumbering around feasting on the flesh of young workers.

How can I tell if I’m on a zombie agreement?

If you compare your agreement to your industry Award, you’ll notice some key conditions are missing – such as penalty rates, minimum wages, or uniform supplements. That’s a big red flag.