Is Your Employer Breaking the Law? Wage Theft is a Crime in Victoria 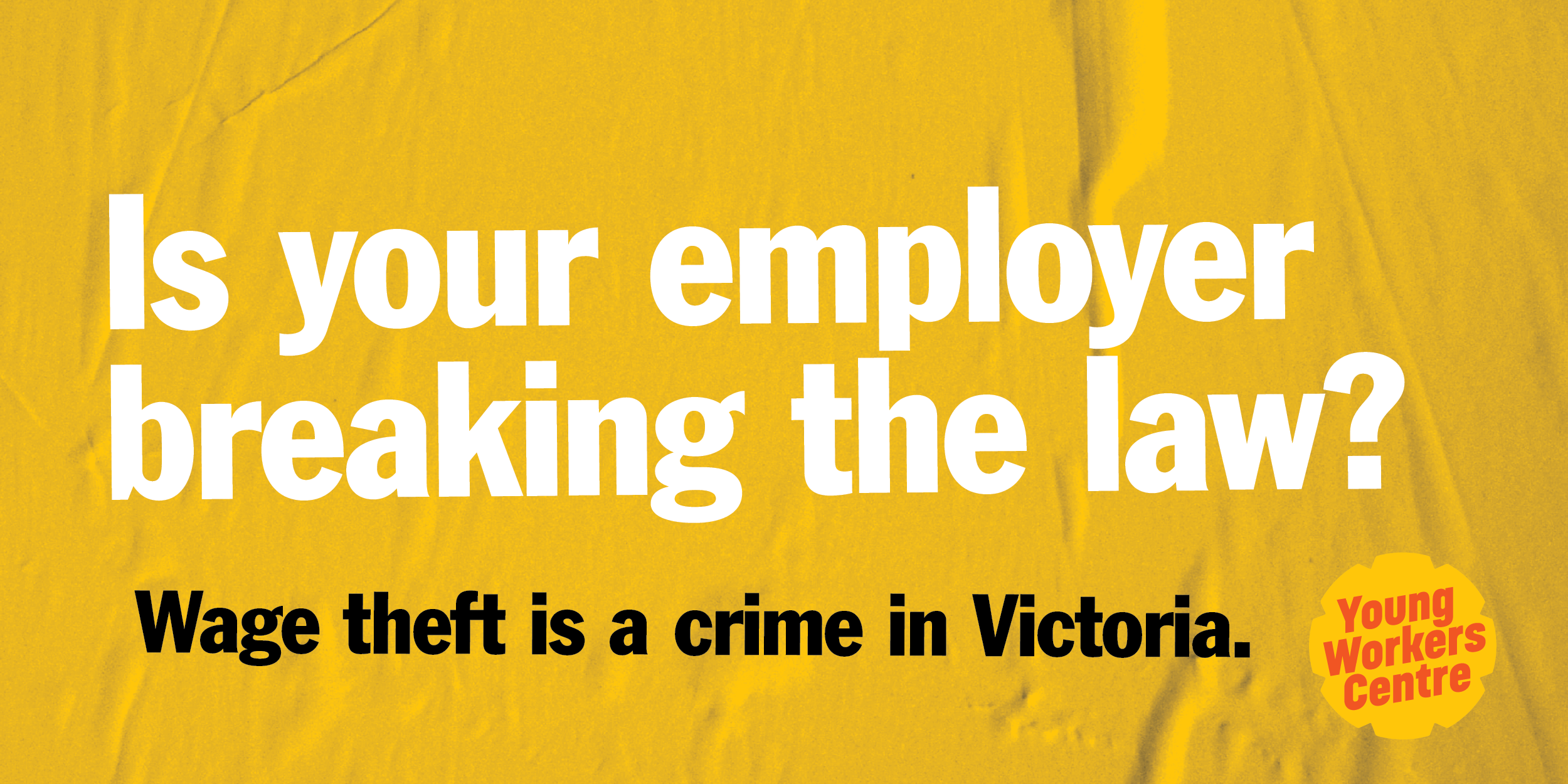 Here’s all you need to know about the new wage theft laws so we can hold bad bosses to account.

This means it is a crime for your boss to deliberately fail to pay you your full pay, super, allowances or refuse to give you meal breaks, tips, leave entitlements

This means it is a crime for your boss to falsify your employee entitlement records to obtain financial advantage or cover up wage theft. This could mean payslips showing you were paid super when you weren’t, rosters (for example, showing you took a meal break when you didn’t), bank accounts showing a transfer of money which didn’t occur. Falsifying a record includes making a record, copying a record or altering a record so that it is misleading, false, deceptive, or providing information that causes a record to be misleading, false or deceptive.

If your boss does not make a record, or destroys, defaces or conceals a record to dishonestly make money or to hide that they’ve made money through wage theft, they could be guilty of failure to keep an employee entitlement record.

These offences have a few things in common:

Due diligence means your boss needs to do their homework - taking reasonable steps to pay the correct entitlements, such as hiring a lawyer to review contracts and make sure they’re legal,or hiring accountants to review the accounts to check everything is in order.

Employers who dishonestly withhold employee entitlements such as pay, super and leave will face hefty fines and jail time.

Penalties for these three offences include:

If a director of a company commits a wage theft offence, the company must be taken to have also committed the offence and may be prosecuted and found guilty. Proceedings can also be brought against public bodies as employers.  Fines will increase each year with inflation.

How do we prosecute Wage Theft?

The Wage Theft Bill also establishes a new regulatory body, the Wage Inspectorate Victoria. This Inspectorate will be tasked with investigating crimes under the Wage Theft legislation and working with the Office of Public Prosecutions to bring court proceedings against bad bosses suspected of wage theft.

If inspectors believe wage theft has occurred at a workplace, inspectors will have the power to execute search warrants and enter workplaces to investigate and collect evidence.

The Inspectorate will also publish guidelines and monitor compliance with the Wage Theft Act.

While the passing of the Wage Theft Bill marks a significant step forward for wage justice and workers’ rights in Victoria, the fight is not over. We must continue holding bad bosses to account. The best way to do this is to stick with your workmates and join your union. If you suspect your boss is guilty of wage theft, dob them in by calling us at the Young Workers Centre.