It started with a petition. It lead to a win.

Nearly 5000 supporters, two actions, and a spot on A Current Affair brought Grill'd's head honchos to the negotiating table.

They tried to deny it, but hundreds of young workers across the country spoke out. Everyone who spoke out, whether you shared your story just with the Young Workers Centre or the world, made this happen.

Grill'd has agreed to setting a hard time limit of 18 months for completion of all traineeships - that's the absolutely upper limit, not a "guide". They've also agreed to a range of accountability measures to be put in place for the benefit of workers. 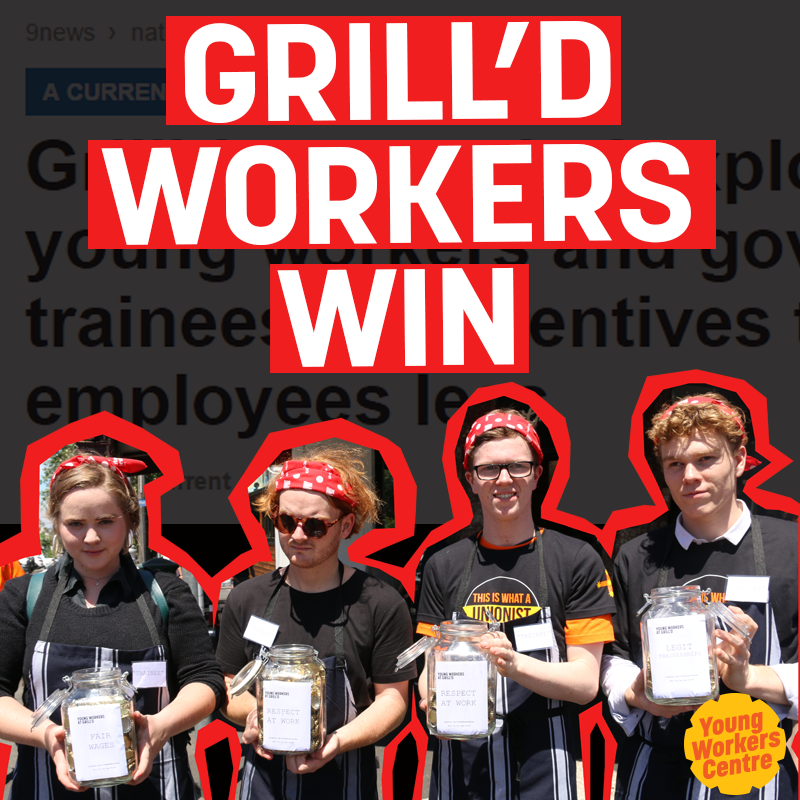 Anyone who has ever been involved in workplace negotiations knows just how hard it can be to even get your boss to consider coming to the negotiating table - so for this to be achieved by a group of young workers and their supporters is massive.

This is a win for Grill'd workers - but it is not the end. We'll be keeping a close eye on Grill'd.

Do you work at Grill'd? Have you got an idea for a campaign? Shoot us a message: [email protected]